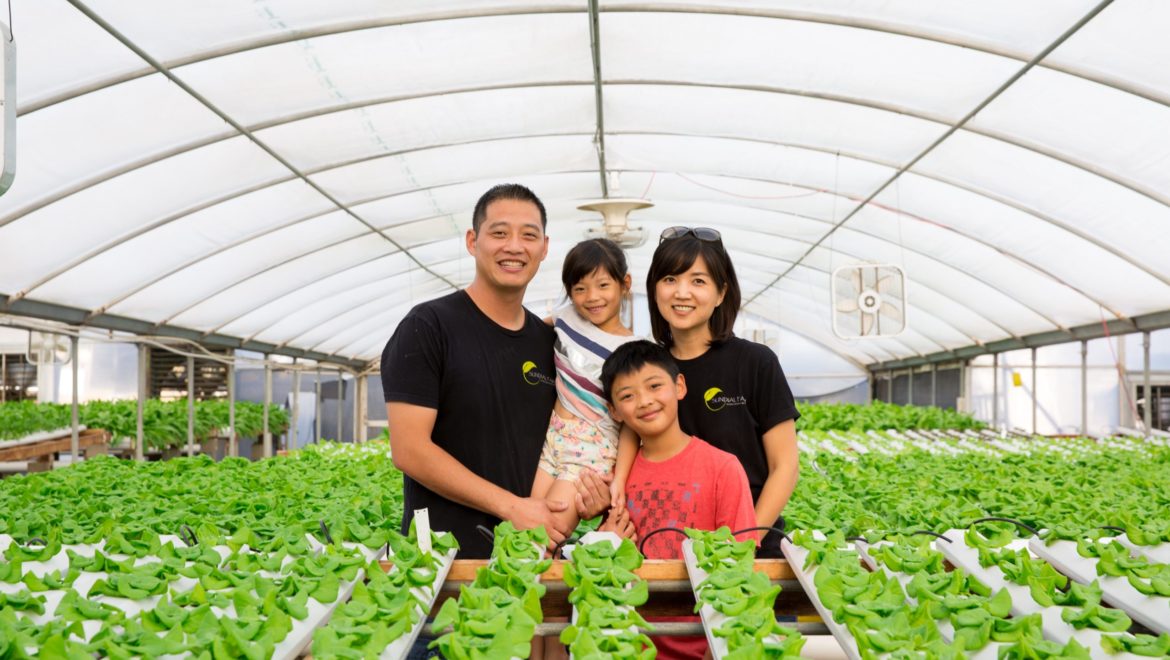 When most of us were nine years old, our biggest worry might have been losing a soccer game or getting put in school detention for passing notes in class.

When Shen Yen Ting was nine, his biggest worry was where he’d find a comfortable place to sleep on the floor of the restaurant where he worked. A new immigrant to the United States, his parents had sent him and his brother here from Taiwan in hopes they’d have better education and economic opportunities than were available in their country.

“It was a rough life,” he says, understatedly. “We were sent to live with a close relative of my dad who lived here in the US. Our relative soon decided he didn’t want us sleeping in his house and told us we would have to stay in the restaurant where we worked washing dishes, cleaning, and taking out trash.”

Another aspect of his new life that may have been disorienting to most kids: his relative renamed him “Jeff,” a name which would stick with him throughout his teens. A child living and working in a foreign country without his parents, stripped of the name he was born with, sleeping on the floor of the restaurant where he worked. Not exactly a recipe for a story with a happy ending…

The relative’s restaurant soon went bankrupt, and they all moved to Champaign, Illinois. More stress and hardship ensued. Only a portion of the money Jeff’s father was sending to their caregiver actually made it to Jeff and his brother. When Jeff was 11, his brother decided he’d had enough and moved out of the US. To earn income, Jeff began working wherever he could: cleaning restaurants and bars and even cutting chicken leg quarters for $2 an hour.

Rather than telling his Taiwanese parents that he was taking care of himself, Jeff forged on. “I didn’t want my dad to feel bad since he was paying a lot of his money for me to be here.” This upbringing forged a fierce independence, strong work ethic, and desire for success in Jeff.

When Jeff turned 21, he decided to join the U.S. Navy. During enlistment, the Navy told him he could choose whatever name he wanted for himself. He was in the midst of reading a book about the famed British Naval explorer, Captain James Cook, and the research ship he used to explore the Pacific ocean, the HMS Endeavour. “I want my name to be Endeavour Shen,” he told the Navy.

Under his new name, one he’d finally chosen for himself, Endeavour became a United States citizen and a soldier. He soon found himself aboard the USS Kearsarge (LHD-3), a Wasp-class amphibious assault ship, as part of the first battle group off the coast of Iraq during Operation Iraqi Freedom. He was on aboard the ship for 8 months, working up to 20 hour per day during the height of the war.

Four years later, a back injury caused him to leave the Navy. He got married and moved to Texas, but once his wife became pregnant, the couple decided to move back to San Diego. Endeavour took night classes to become an accountant, an occupation that he excelled at for a decade. However, something was missing. He wanted to feel more connection and more purpose in his career.

Then he heard about Archi’s Institute, a program started by a Marine that teaches veterans the basics of starting a hydroponic farming business. In 2015, Endeavour started growing and selling hydroponic basil, and was instantly hooked. The problem was he was still a full-time accountant and real estate agent with a wife and two children. Free time and financial resources to make a career change were not abundant. What to do? For three and a half years, Endeavour worked three jobs, saving money and waiting for the right time or the right opportunity to make a full transition into hydroponic farming.

Then one day he found out about a septuagenarian who wanted to retire and sell his commercial orchid growing business. It was a large operation, far beyond anything Endeavour had ever done before. Undeterred, he was able to find and secure investment capital through a church friend to buy the land and the business. The day he purchased the business was Halloween Day, October 31, 2016–perhaps an omen of some tricks and scary treats coming his way… Some of the produce grown by US Navy veteran Endeavour Shen and crew on Sundial Farms in San Diego, CA.

The day he officially quit his accounting job, someone hit and totalled his car. (Thankfully, his old company, Eldorado Stone, offered him an SUV at a discount so he still had reliable transportation.) From November through December, the weather in San Diego was the worst he’d ever seen: rain every day and no sun. For an operation that relied on San Diego’s free and abundant sunlight, that translated into a financial loss of $20,000 in the first month of business operations. During the third month, the weather had improved, but his business deliver truck’s engine blew out. Then his son got a kidney infection.

Most entrepreneurs might have thrown in the towel at this point, rather than choosing to sail forward. However, a life of hardship and persistence had trained Endeavour for this moment.

“In Taiwan, we call business owners ‘never dying cockroaches,’ because no matter what happens to them, they figure out how to keep going,” Endeavour says, laughing.

His deep faith also plays a huge role in his life and in his ability to endure hardship. “My pastor’s wife always says, ‘what is bad is not necessarily bad and what is good is not necessarily good’.” During the midst of this string of seeming disasters, Endeavour made it a habit to pray every day before going to work. One Saturday morning, as he was doubting his decision to start this new venture, he prayed to God asking if this was what he should be doing with his life. When he entered the greenhouse, a cross was illuminated on the door just above his “Welcome, Enter Here” sign. The light reflection was coming from a small 2” cross hanging from his car rearview mirror 60 feet away. The hair stood up on the back of his neck at the sight; his spirits were lifted and his determination redoubled. Photo with Endeavour and staff on the upstairs portion of his farming operation, South Coast Orchids.

One year later, the storms have largely passed and the oceans have calmed. Endeavour now has nine employees operating two farms on his 4.5 acre operation. South Coast Orchids (the upstairs portion of the greenhouse) provides cut orchid flowers for area businesses, and Sundial Farms (the downstairs part) grows hundreds of pounds of edible greens per week for area restaurants, businesses, and the Escondido school district. One of his largest customers is Daily Harvest Express, who Endeavour sees as more than just a business relationship, but also a mentor. “Rafael Garcia (Daily Harvest Express’s co-founder) teaches a lot to us. Everything from customer service, to increasing efficiency, to how to package our produce.”

Endeavour recounts how Rafael had just recently driven all the way across town to buy a $3 Muir lettuce from him because he’d promised a customer the specific variety of produce would be included in his CSA Farm Box. The lesson: if you promise a customer you’ll do something, you do it–no matter what.

Endeavour’s next goal? Build an operation that helps special forces veterans with PTSD own their own hydroponic farms. “I can trust those guys to do the job right. Continuously serving others is just part of who they are, and I want them to have an opportunity to heal through growing something.”

We wish Endeavour every success on the next leg of his voyage, and are so grateful for his service to our country. His story is an inspiration to us all, and we’re proud to offer his high-quality, locally grown produce to Daily Harvest Express customers throughout the County of San Diego. 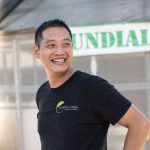 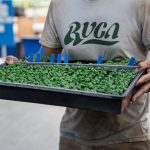 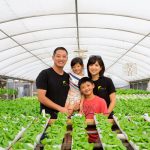 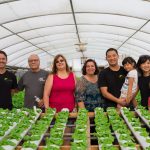 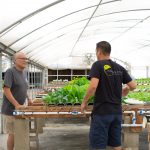 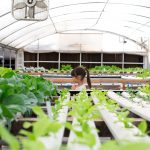 Young veggies and a young Shen at Sundial Farms. 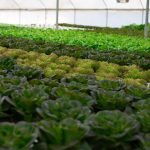 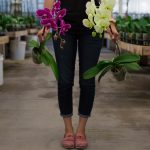 Mrs. Shen showing off some of the orchids from South Coast Orchids, the Shen’s other farm. 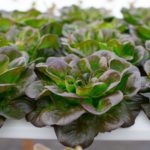 Want to know more about the local farmers growing your food? Subscribe to our weekly newsletter and stay tuned for more Farmer Highlight articles from Daily Harvest Express!