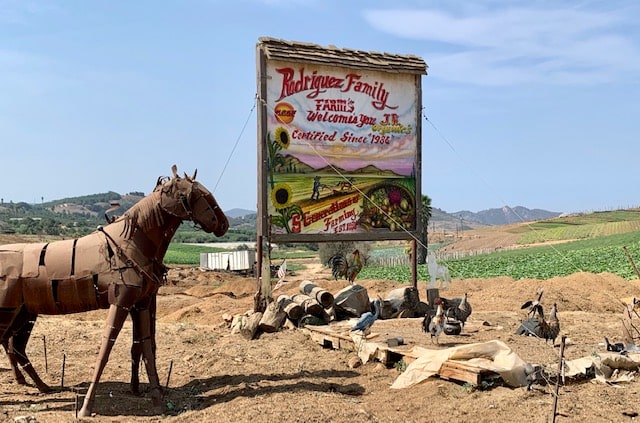 It was the 1950s. Joe Rodriguez, Sr., and his wife Christina were searching for land to start their own family farm. The term “organic farming” had just been born the decade prior, but virtually no farmer or consumer had heard of it. 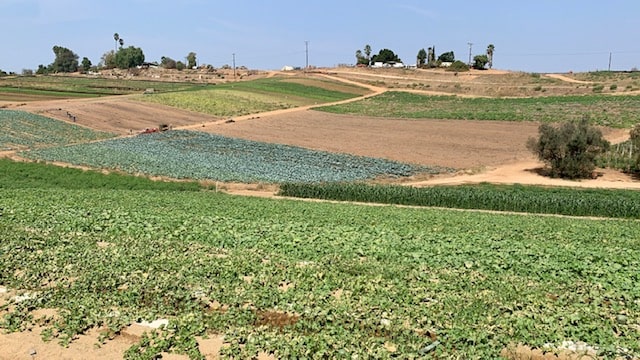 Perfect Land For A Dream

The Rodriguezes found the “perfect” land to start their farm in Escondido, and moved from their home in Buena Park to fulfill their dream. “Perfect” is in quotations due to the fact that the land was far from ideal for starting a farm. There was no water or electricity available. The soil was full of rocks and covered with shrubs. Adding to the challenges ahead, the Rodriguezes had no heavy equipment to help make the land arable.

Nevertheless, over the next three years, the family slowly converted the rocky scrub to fields of produce with the help of a few workers — and some mules. Like virtually all farmers at that time, Joe was a “conventional” farmer, meaning the farm was dependent upon continual applications of synthetic pesticides and chemical fertilizers. Things seemed to be going well and the farm quickly became profitable selling produce to regional wholesale markets.

Rodriguez Ranch wasn’t just a farm, it was also the family homestead. Soon, multiple generations of Rodriguezes were living and working on the farm. One of them was J.R. Rodriguez. 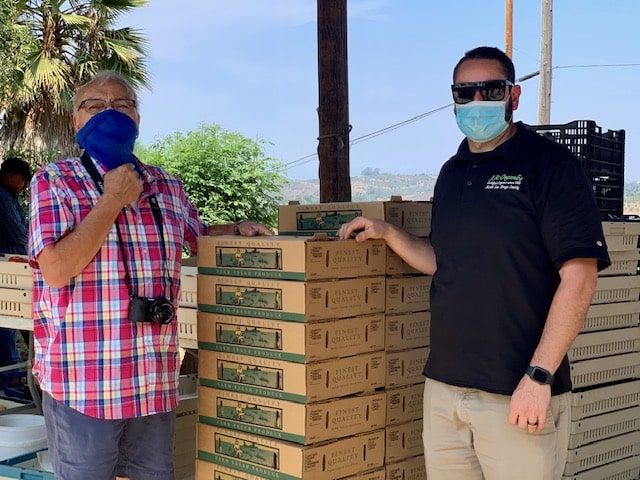 Our Rafael with Mike

One of J.R.’s jobs on the farm was to mix and apply the pesticides used on the crops. He often felt physically sick from working with the chemicals, but kept at it. After all, that was his job and that’s how farming was done. However, one day his body gave him a message that would indelibly change his perspective — and the farm — for generations.

After mixing and applying pesticides as he’d always done, J.R. became so sick that he required hospitalization. He’d inadvertently poisoned and nearly killed himself. The experience caused him to question the way farming was done and wonder if there was a better, safer, more sustainable approach to food production.

Soon, J.R. was enrolled in a local college and learned about a zany new approach called “organic farming.” Instead of a reliance on synthetic pesticides, organic farmers looked at the farm as an ecosystem wherein predatory insects and other integrated pest management approaches helped control pest insects. There was a foundational focus on building healthy microbially rich soils via amendments like compost, rather than using chemical fertilizers which slowly degrade soil quality. These methods helped grow healthy plants with robust immune systems that were better able to fend off pests and pathogens alike. To J.R., it just made sense, especially since he wouldn’t have to work with potentially deadly chemicals that would put him, his family, or his workers in peril.

There was only one problem: grandpa Rodriguez wasn’t convinced. After all, organic was a radical new approach that could bankrupt the operation (and the family) if it didn’t work. “Organic is not possible; conventional farming is what’s making us money,” he told J.R..

So the family agreed to let him trial organic farming on 5 of the 80 acres. From there, J.R. began working tirelessly to prove out the concept of organic farming, both from a production and profitability standpoint. He was soon able to get his small acreage certified organic, one of the earliest farms in San Diego County and the state to do so.

J.R.’s farmstand quickly became a huge hit at the local farmers market where customers got to know him and learn about his farming practices during face-to-face conversations. It helped that his produce was unique and incomparably delicious relative to grocery store produce. At the same time that J.R.’s farm success was taking off, consumer demand for organic food began to take off around the state and country as well. A movement was underfoot…

Grandpa and family took notice and realized J.R. might not be so crazy after all. The part of the farm dedicated to J.R.’s organic practices went to 10 acres; then 20. After more seasons of success, 50% of the farm was certified organic. Within years, the entire farm had been converted to organic and was so successful that grandpa Rodriguez retired from the veggie business, turned operations over to J.R., and became a successful flower farmer, growing flowers for the LA market and Rose Parade.

Mike Clark, 31, one of the members of the fourth generation working on the farm, says one of the secrets of the farm’s success today is the dazzling array of diverse crops they bring to market. At any given time, they have at least 60 different crops growing and/or available for sale at local farmers markets, CSA boxes, and via their partnership with Daily Harvest Express. 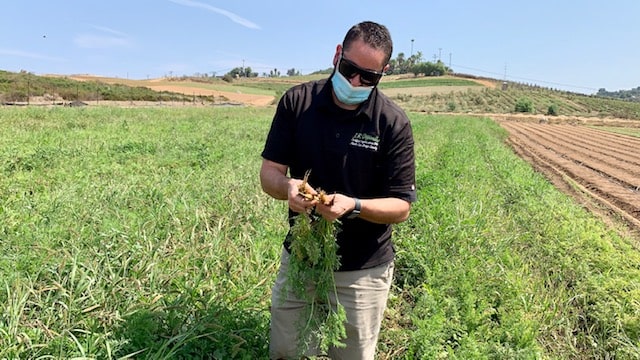 Of course, there are the most popular staple crops that are a given each season: yellow watermelons in the summer, tomatoes from summer through fall, and different varieties of strawberries in the spring. But offering new and delicious varieties to consumers helps sustain the relationship and keep things interesting. J.R. Organics also takes advantage of unique, cool microclimates on the farm that allow them to grow cool weather crops like lettuce throughout the hot summer months when most local farms can’t.

Some things that have changed on the farm over the years are the efficiency of the operation and the number of people working there. In the beginning, the labor of a handful of people and mules did the work. Today, there are ten family members working full-time on the farm, ranging from secretarial work to delivery drivers. During peak season, there are upwards of 30 workers harvesting, irrigating, or cleaning crops. And the mules have long since been retired and replaced by tractors and other modern equipment.

In lockstep with continual operational improvements, J.R. Organics Farm has also grown to 130 acres, having recently purchased additional adjoining acres that went up for sale. Mike, who typically works seven days per week, is optimistic about the future. “More and more people are making the connection between what they’re eating and their own health. The desire for the cleanest, highest quality produce is only increasing here in the region, and we want to help people access that food and understand all that we do here on the farm to make it possible.”

Supporting Local Farms in Our Community

Asked how people here in San Diego County can better support local, organic farms like J.R. Organics, Mike doesn’t even have to pause to think. “Educate yourself on the value of local organic food and buy directly from the farms and their partners throughout the year, not just when your favorite produce is for sale. That support could come through CSAs, local markets, or Daily Harvest Express.”

As long as there’s local support for our local organic farms from people like you, dear reader, our local farms can continue to thrive, grow, and produce high quality food that’s safe for the communities in which they operate and the workers who make it all possible. Let’s keep that virtuous cycle going so another five generations of Rodriguezes can carry on the legacy that J.R. started!