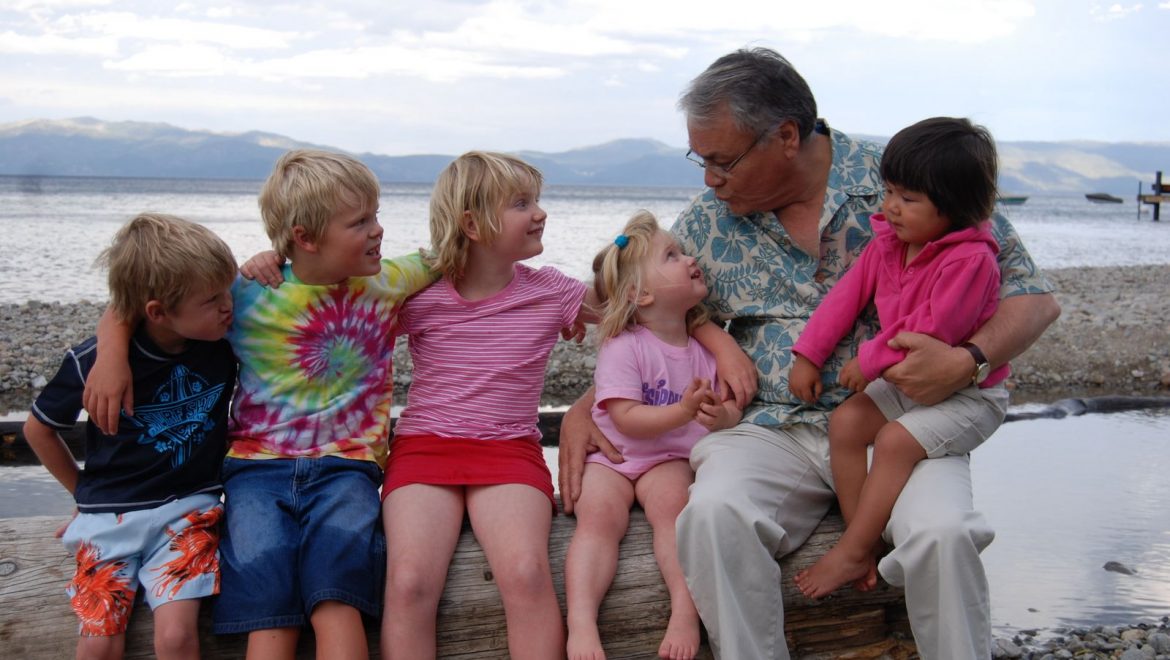 Rafael Garcia has been a father his whole life. He grew up in a poor family in Tijuana, Mexico, as the oldest of 14 children whom he helped raise. He had to leave school before junior high to get a job so he could help support his family financially.

“When you’re the oldest, you become responsible for your siblings – that was just part of my culture,” says Rafael.

He came to the United States when he was 14, working as a farm laborer for the next 6 years. During this time, he began developing a life-long love of plants, in particular farm-fresh organic produce.

“I tasted the difference in flavor between organic and conventional produce, and saw the difference in farm management practices first hand. To this day, I’ll only eat organic produce sourced locally so it’s at peak freshness, not stuff that’s been picked in Argentina two weeks ago, shipped here, and gas-ripened. That process degrades the nutrition and the flavor.” 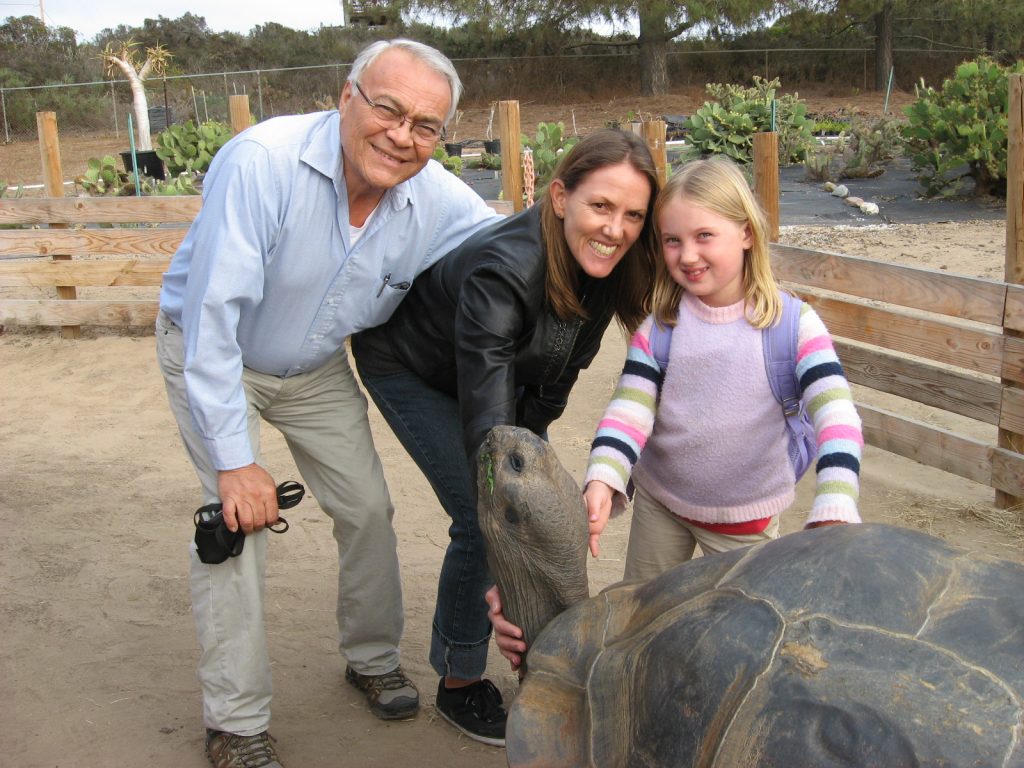 Rafael enjoying some family time while a large tortoise enjoys some fresh veggies.

Everyone he’s ever worked for recognized Rafael’s incredible work ethic and intelligence. After working as a farm laborer, Rafael began a career in the plant nursery business. He became a California Certified Nursery Professional, was promoted up to Vice President at Nurseryland Garden Centers. While at Nurseryland, Rafael earned his GED and an executive MBA from Wharton. 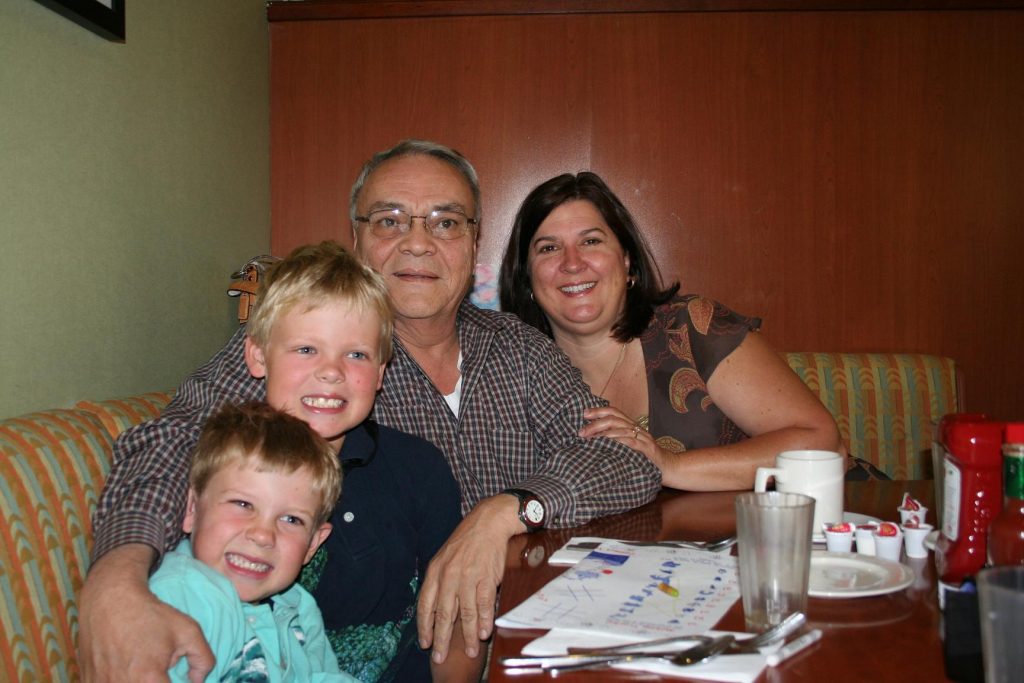 Rafael, Janis, and a few of the grands!

Today, Rafael is the President & CEO of Daily Harvest Express. More importantly, he is a father figure to everyone who knows him, from his employees to his children to his ten grandchildren and two great-grandchildren. Most of his relatives simply call him “papa.”

“Whether it’s our family or our business, he’s the heart of it,” says his daughter, Ivonne Ganss, who manages corporate sales at Daily Harvest Express alongside her father.

Reflecting on her father, Ivonne adds, “I grew up as a free spirit, and the reason I grew up that way was because I knew I always had the support of his love. He’s my rock. I could go to him for anything, I mean anything. He’d never tell me or my siblings what to do, he’d just start by listening to us. Then he’d ask questions that would help guide us to find our own answers and paths. He empowered us.” 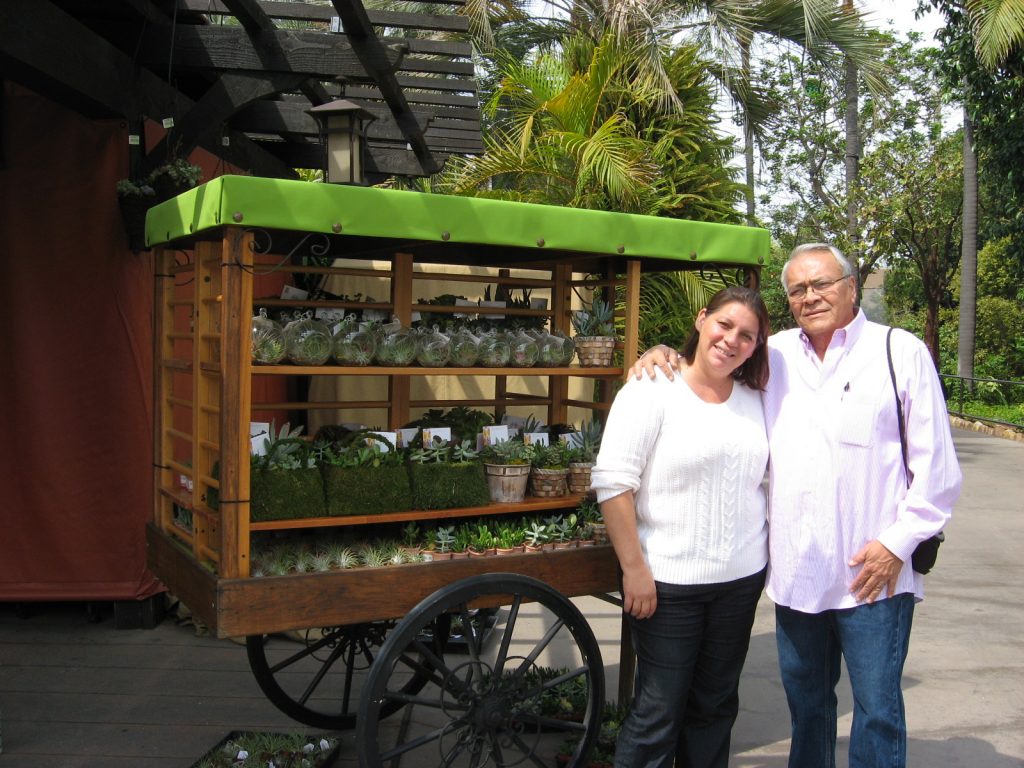 Ivonne with her papa

Being “papa” to so many people means Rafael gets a lot of love on Father’s Day. This love is reciprocated throughout the year. “He never misses any of our birthdays by giving us flowers or a nice hand-written card or something personal and special.”

Now, you might think that Papa Rafael’s proximity to so much great local, organic food means he’s also great in the kitchen, right? Ivonne shares a family secret: Rafael is “great at eating” and he ALWAYS contributes by washing the dishes after a family meal. However, Janis is such a talented cook that Rafael has relinquished his role in the kitchen to her. Hey, that’s what a good manager does when they recognize talent!

Ivonne recalls two stories that best sum up how people feel about Rafael:

“Last year, Cole, one of Papa’s grandkids who lives in the Bay Area, called. He had a school assignment to write about the one person who he admired the most. and of course he picked Rafael. He wrote a really loving, long article about how great Papa was. Papa flew out to be there on the day of the presentation, and Cole got to read it in front of his whole class after which all the kids got to ask Rafael follow-up questions too. It was the sweetest thing.”

Another story Ivonne shares shows how love for Papa extends well beyond the family:

“One of our clients is a military family with young kids. Sometimes we don’t have enough drivers, so Papa will deliver Farm Boxes to our customers. Well, a little girl in this family developed such a deep love for Papa because he’s so kind and he delivers these delicious gifts to her family every week. She makes him come inside so she can open the boxes in front of him and look at each piece of fruit and vegetable. She wrote and mailed him the cutest thank you letter, and he reciprocated with a special box of artisanal cookies and other goodies that he delivered back to her, and of course she just swooned.”

When asked what philosophy or single piece of advice he’d offer to other fathers out there, Rafael takes a deep, thoughtful pause, no doubt reflecting on a lifetime of being a father to so many people.

“Love as much as you can and discipline hard, even when it hurts you,” he says. “It’s about what’s best for your children, not what’s easiest or makes you feel good in the moment.”

Sage advice, from a sage of a father. 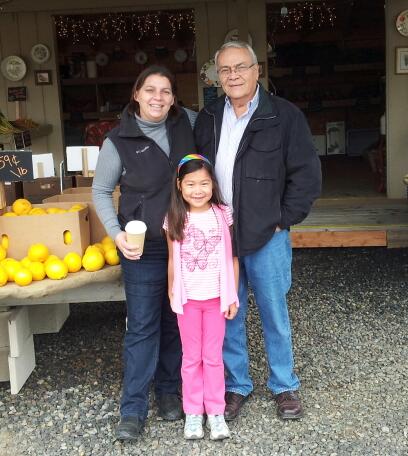 To all you fathers out there, happy Father’s Day from all of us here at Daily Harvest Express! And if you need a one-of-a-kind Father’s Day gift crafted with love, we’ve got great gourmet gifts for you to choose from!