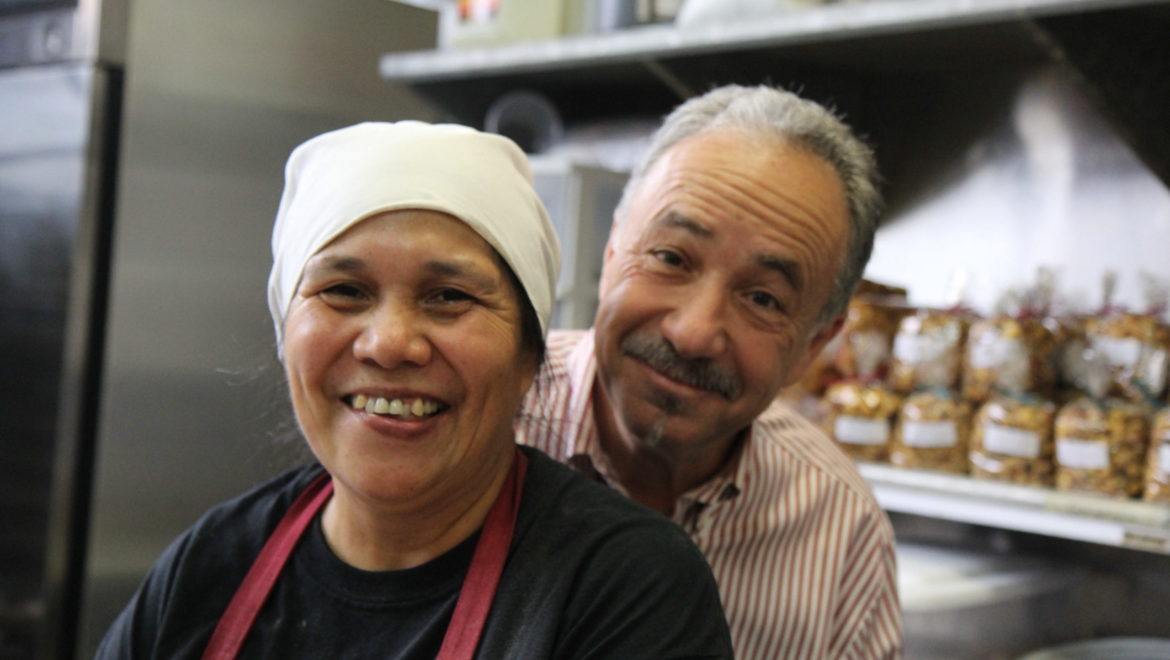 If you live near the eclectic Hillcrest neighborhood in San Diego, chances are you not only know about Bread & Cie, but you can’t imagine what you’d eat without it.

The traditional, European-style bakery is a community fixture, providing a wide range of hard-crust breads, pastries, pies, sandwiches, and more through its cafe and catering business, while also baking specialty products for over 150 of San Diego’s top dining and shopping venues. 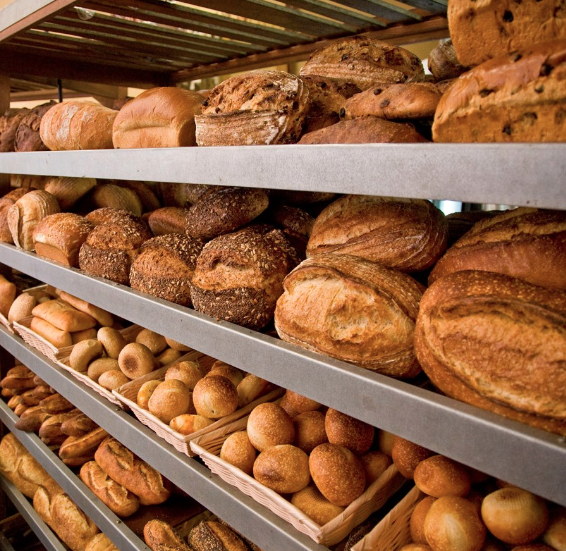 Some of the beautiful, European-style breads available at Bread & Cie.

Just how much bread does Bread & Cie make? Each day, they produce 10,000 pounds of bread, which translates to about five million individually hand-shaped loaves per year.

When the business originally opened in 1994, success was by no means certain, however. Back then, San Diego was known primarily for being a seniors and military town, not a high tech, foodie town with an adventuresome, international culture. In other words, soft, bland, mass-produced bread was the norm.

As Bread & Cie’s affable founder, Charles Kaufman, reminisces “when we first opened, people didn’t know what the heck we were doing – they’d never seen that type of hard-crust European-style bread before. Our cafe was so empty, you could hunt deer in here!” 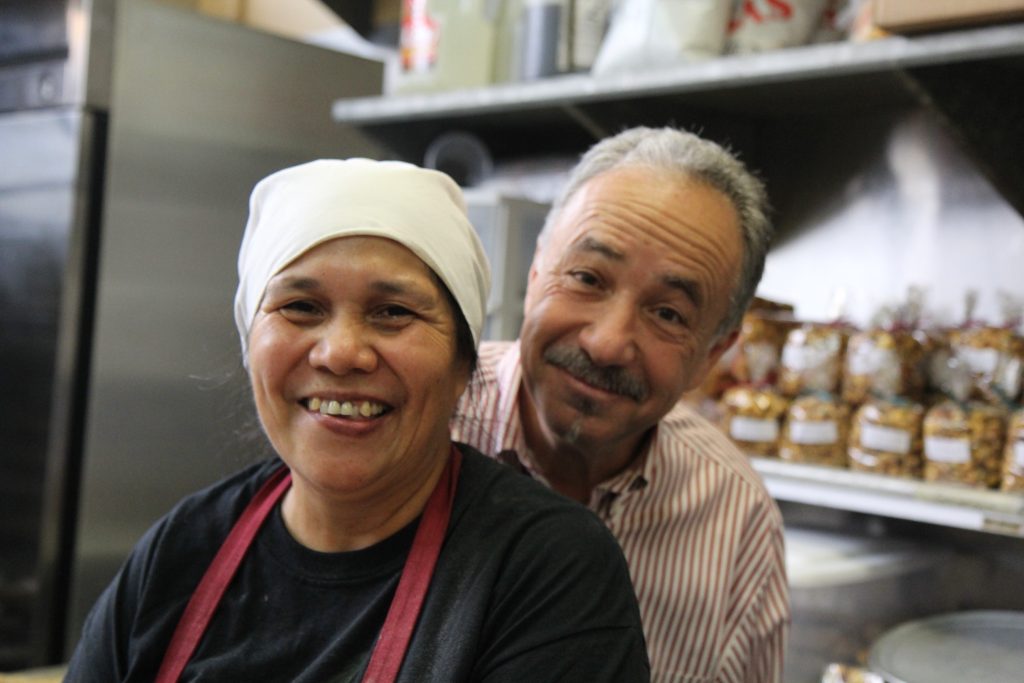 They’d make about 30 loaves per day, much of which they handed out to anyone willing to give it a try. “Real bread isn’t like cigars. When you put a piece of good bread in peoples’ mouths, they fall in love–it’s like a forgotten sensory memory,” Kaufman says, reflecting on the bakery’s early marketing strategy.

Kaufman career trajectory was not linear and he certainly didn’t come from a long line of European professional bakers. Quite the contrary, he’d grown up in New York City under professional parents and planned to work in the film industry. After film school, he worked on the Bob Hope Show, then spent 15 years making B-grade horror films. The financial success of the low-budget horror genre (his films included) ultimately attracted the attention of the big studios, making independent films like his much more difficult to produce. He and his wife Dori soon found themselves looking for a big change: new careers and a new city.

Ironically, Kaufman’s work in the film industry is what triggered his love of traditional European bread-making as well as his eventual desire to start his own bakery. During his trips to Cannes, France for the Cannes Film Festival, he’d often step out to a local cafe whose proprietor, Jean-Claude, made traditional French bread. “This bread is absolutely amazing,” Kaufman thought, “why can’t I find bread like this back home?”

He frequented the cafe so often that the baker became his friend and would even let Kaufman come bake bread with him at night. “People who work alone in the middle of the night–even Frenchmen–are more prone to being visited. They’ll even take an American visitor. It was either me or the rats.”

Those experiences planted the seed; Kaufman dreamed of a distant day when he’d open his own bakery in the United States.

What Is Success? A Business Lesson From Charles Kaufman

Every business founder plans to be successful, but few ultimately succeed.

Given the rocky start of Bread & Cie, Kaufman reflects back on the moment he knew the business was going to be successful. Interestingly, Kaufman doesn’t point to a financial metric, a goal reached, or a certain number of loaves sold per day. Instead, he immediately revisits a moment that made him realize the importance of the cafe and bakery to the community he served.

“It was right after the terror attacks on 9/11. I was part of the restaurant association, and all the other restaurant owners were complaining that nobody was in their restaurant. I was surprised, because our place was absolutely mobbed and full of customers. It was a time of intense trauma, and people wanted to be in a comforting, community setting to talk things out and be with each other. They chose Bread & Cie as that place. At that moment, I knew we were doing what we were supposed to do and that we were going to make it.” 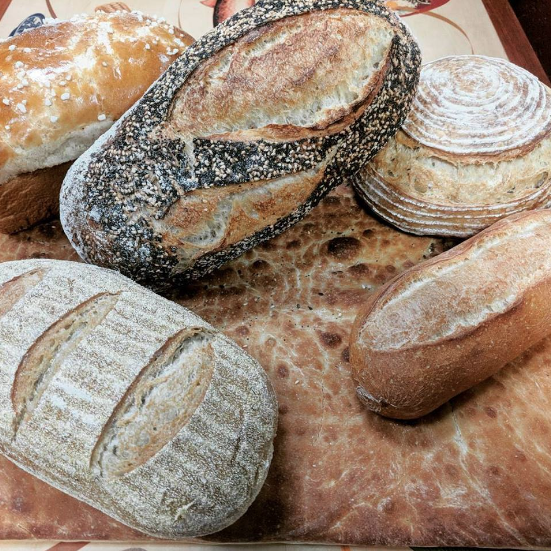 Breaking bread and building community, a timeless tradition carried on by Bread & Cie.

Grow Your Own Way

What does the future hold for Bread & Cie? Many business owners in Kaufman’s situation might open multiple bakeries around the state or the country. They might franchise or develop strategic partnerships with mega-companies.

Kaufman has had opportunities to do each of those things… and he’s said “no.”

Bread & Cie said “no” to making bread for Blue Apron, the largest meal kit delivery service. They get approached at least once per month to open other locations, to which they politely decline.

Why? “I don’t want to compromise our quality. Plus I make enough money and I like people. I don’t want any of that to change.” 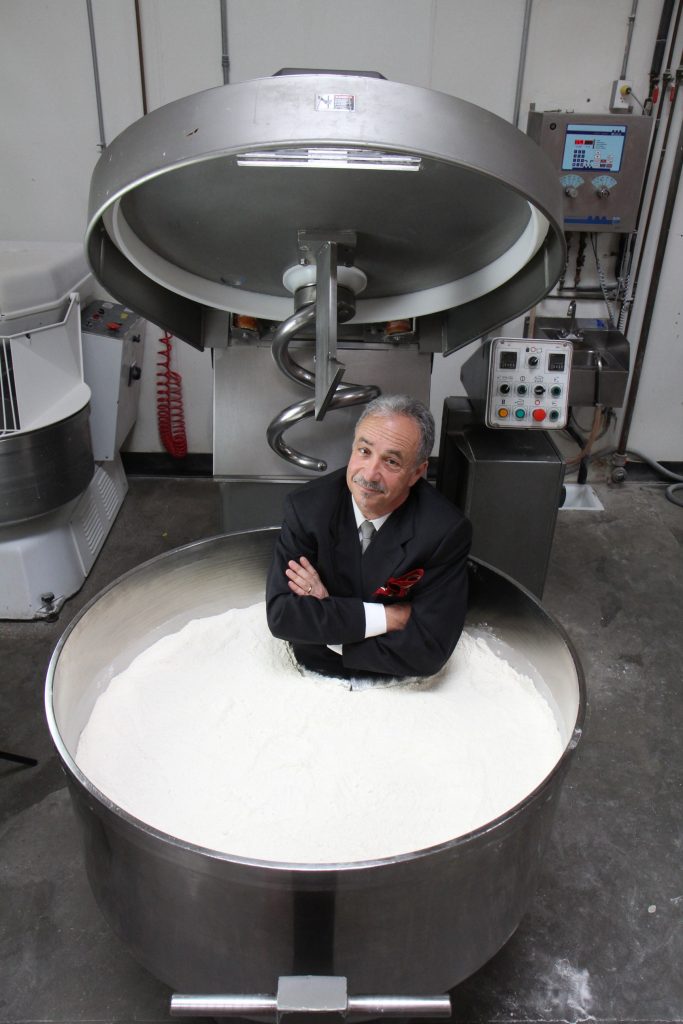 Charles Kaufman of Bread & Cie preparing to be kneaded and baked.

Kaufman recalls something another business owner told him years earlier when Bread & Cie was just starting to become popular: “Don’t do what I did or your life will be going around to all your different facilities doing quality control and management, not doing what you love with the people you love.” After establishing one successful location, the businessman decided to open ten other locations to make more money. He spent his days regretting that decision and the inevitable changes that went with it.

“It’s not necessarily the ‘American way’ what I did, but I have no regrets,” says Kaufman.

Despite the massive volume of bread and pastries that Bread & Cie produces today from its single location, it’s more reminiscent of the French bakery in Cannes than a typical large-scale American bakery.

The employees are not only an integral part of the local community, they’re also family (both literally and figuratively). Kaufman’s wife keeps the books and accounting in order. His daughter worked at the cafe, before finding a passion for making world-class pastries (she’s now in B & C’s pastry department and is going to culinary school).

“We hire great people that we want to work with forever. We have one employee who we just celebrated for working here for 20 years,” says Kaufman. 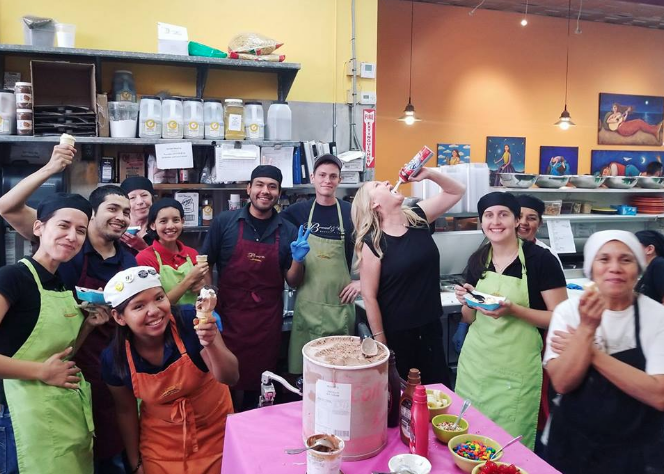 Some of the Bread & Cie crew enjoying an ice cream social for employee appreciation day.

The Bread & Cie Difference: What Is Quality Bread?

What makes truly great bread? The type of wheat, the way it was milled, the quality of the flour, the leavening process, the love the bakers puts into it, the technical specs of the oven? According to Kaufman, the answer is “all of the above.”

“We’re only as good as our weakest link,” he says. Bread & Cie sources different types of flour from different vendors depending on the style of bread. They carefully analyze the composition of the flour for protein content and other factors.

When it comes to actually making the bread, Kaufman laughs, “If there is a more agonizing, expensive, excruciating, time-consuming way to make bread, we don’t know what it is – but the unparalleled quality of the end product makes the painful process worth it.”

Part of that pain comes with the fact that the bakery has to always be open, 24-7-365. Most bakeries mix their bread, shape it, then put it in a retarder (cooler), which slows the fermentation process and ultimately makes the final bread loaf tougher (even though it provides the bakers with some time off). Bread & Cie’s dough is never cooled, which means staff must always be on-hand, carefully attending to the flour’s transformation into crunchy delicious bread with a soft moist interior – the way it was made for thousands of years by European artisans.

Does Kaufman sleep? Thankfully, at this point, he keeps a relatively normal schedule and sleeps at night. “I have such a great staff that I don’t get that many emergency calls at night anymore.”

Kaufman used to be paranoid that people who worked for him would steal his secret recipes and processes in order to eventually open their own competing bakeries. He’d have each employee sign non-compete agreements. No more. 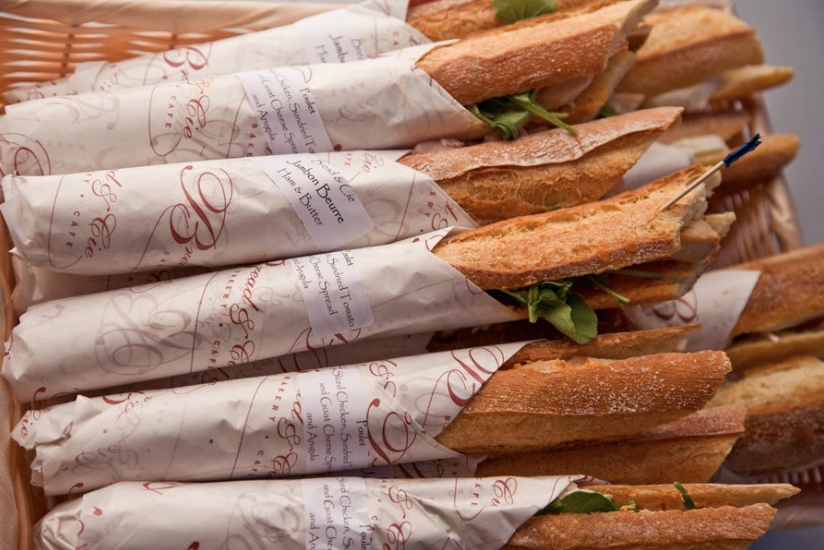 “I’ve come to realize that recipes for bread are like sheet music for a concerto. Each group will produce a different concerto from the exact same sheet music. We’ve developed a certain style here that can’t be replicated. Not to mention, the unique strains of yeast and bacteria we have in our air, our starter culture that I brought over from France years ago… all these factors that can’t be replicated are what make Bread & Cie’s bread what it is. I’m no longer worried about copycats or competition.”

Kaufman comes across as a person fully satisfied and fulfilled with his life’s work. If there is one common thread that emerges from a conversation about his motivations it is a single word: love. He loves what he does. He loves the product he makes and the people he makes it with. He loves his community (in addition to other giving, Bread & Cie also donates all day-old bread to local charity organizations). He has nothing left to prove, but so much love to give.

“There is a humility in this town that appeals to me,” he says of San Diego. “It’s not pretentious, it’s real.”

It seems the characteristics Kaufman admires most about San Diego are also reflections of his own character, a character which has served to guide him through years of difficult business decisions. If a business is a reflection of the traits of its founders, its easy to see why Bread & Cie produces such an extraordinarily high quality product. Charles Kaufman is a secret ingredient that nobody can ever replicate.

Daily Harvest Express is thrilled to announce that we’ll be working with Bread & Cie to bring you the finest European-style breads straight to your home or office! Our hand-picked network of farmers and artisans–people like Charles Kaufman–inspire us to eat well and live well, while giving back to the community we share.