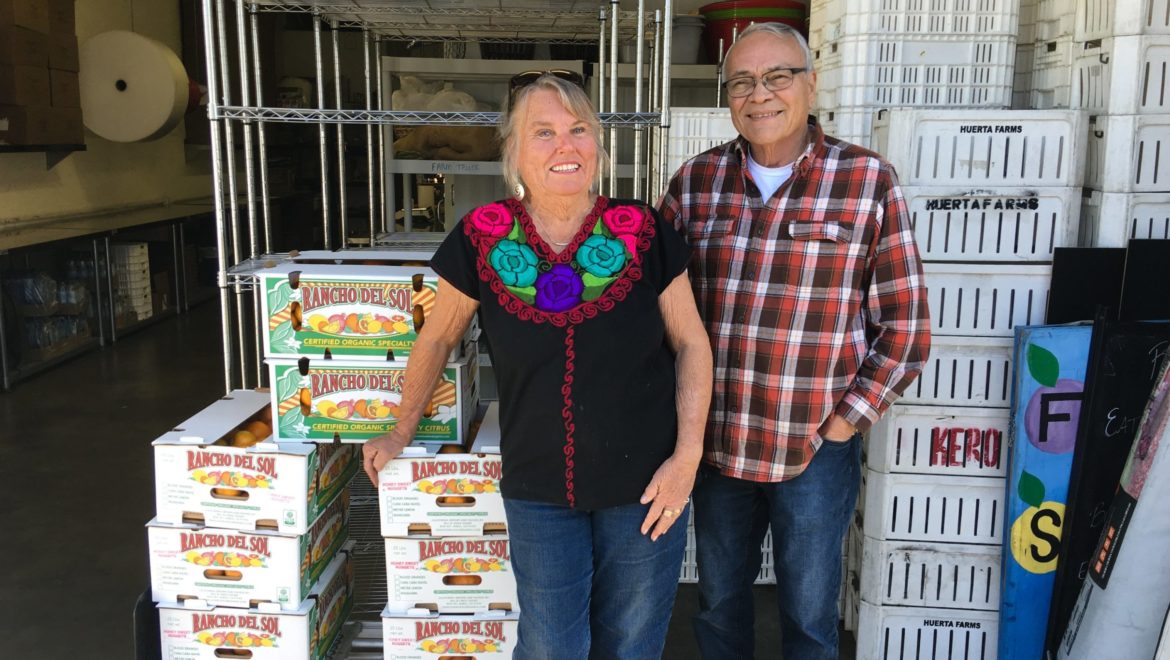 Happy Valentine’s Day! With love in the air, we thought it would be appropriate to tell you more about a group of people we deeply appreciate and feel affection for: our farmers. (Yes, we love you, our customers, too.)

Our farmers are some of the hardest working, smartest, most delightful people we know – and every single one of them has a tough job. Despite adversity, they work their tails off to deliver the best tasting, most wholesome food to you, and we’re thrilled to be able to help them do that through Daily Harvest Express.

Our Farmer Highlight series is an ongoing tribute to this group of people who we hold near and dear. The next farmer we’d like to introduce you to is Linda Zaiser of Rancho Del Sol, a certified organic citrus farm in Jamul! 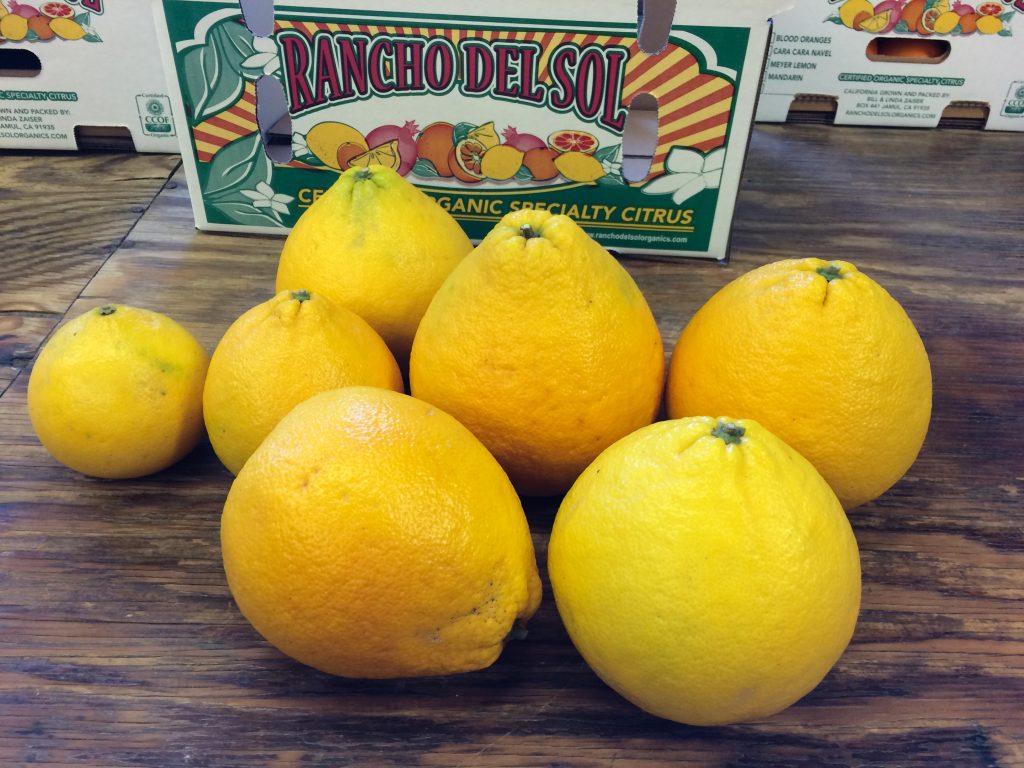 Organic lemons, fresh off the tress, at Rancho Del Sol.

The Story of Linda Zaiser and Rancho Del Sol

Most farmers grew up in farming families and planned to become farmers. That wasn’t the case for Linda Zaiser, the owner of Rancho Del Sol in Jamul, CA, a 50 acre certified organic citrus farm with over 3,000 citrus trees. 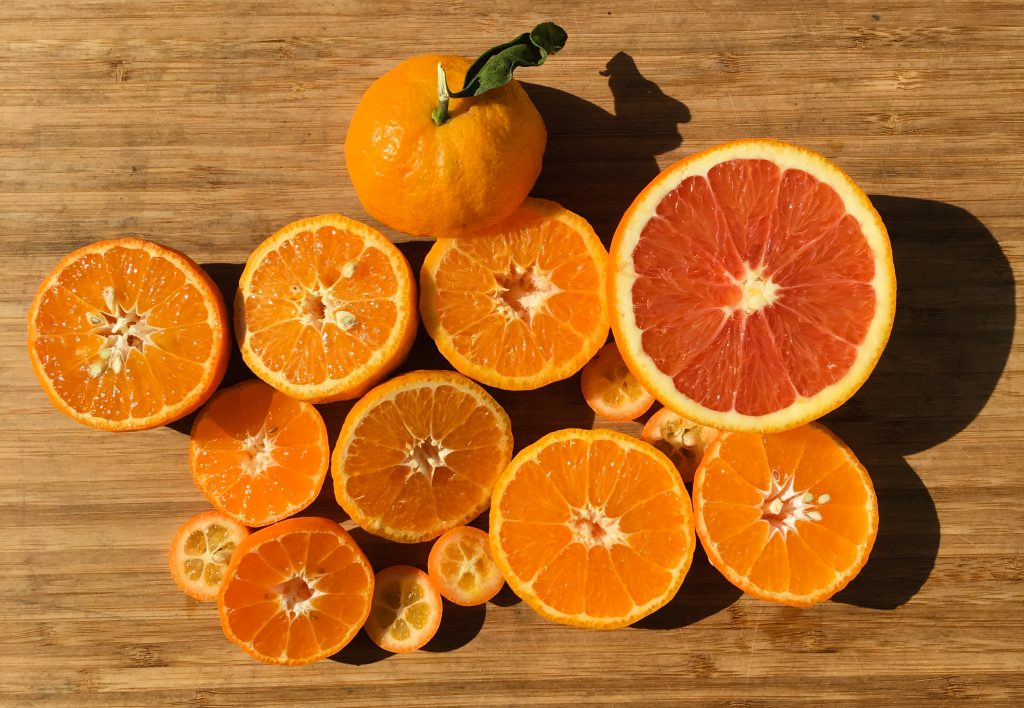 A few of the seemingly countless citrus varieties growing at Rancho Del Sol.

Also, most farmers managing an operation as large as Rancho Del Sol tend to have dozens of farm workers. Even at 70 years old, Linda only has one primary farmhand, Rafita, to help her with maintenance and harvesting (her children and grandkids help part-time with other parts of the operation).

Those of you who speak Spanish might be wondering why a man is named “Rafita.” Rafita’s real name is Rafael. However, as is customary in his culture, everyone gets a nickname–which is especially helpful when so many people share your actual name. Since he is so small, he was long ago given the nickname Rafita, which stuck throughout his life.

Rafita is 69 years old and lives in Tecate, Mexico. He gets up at 4am on picking days to make the drive across the border, arriving by 6:30 to start the day. Linda provides him with the list of what needs to be harvested based on orders they’ve received, and he gets the work done with an incredible speed and efficiency becoming of a man who has spent a lifetime working on farms.

Rancho Del Sol ships its specialty organic citrus to clients around the country, but the vast majority of the produce they produce is sold locally to various grocery stores and restaurants. Also, Ballast Point Brewing Company has used their citrus–primarily the Sorrento lemons–to brew specialty batches of beer. Daily Harvest Express is also proud to bring Rancho Del Sol’s citrus to our customers throughout San Diego. 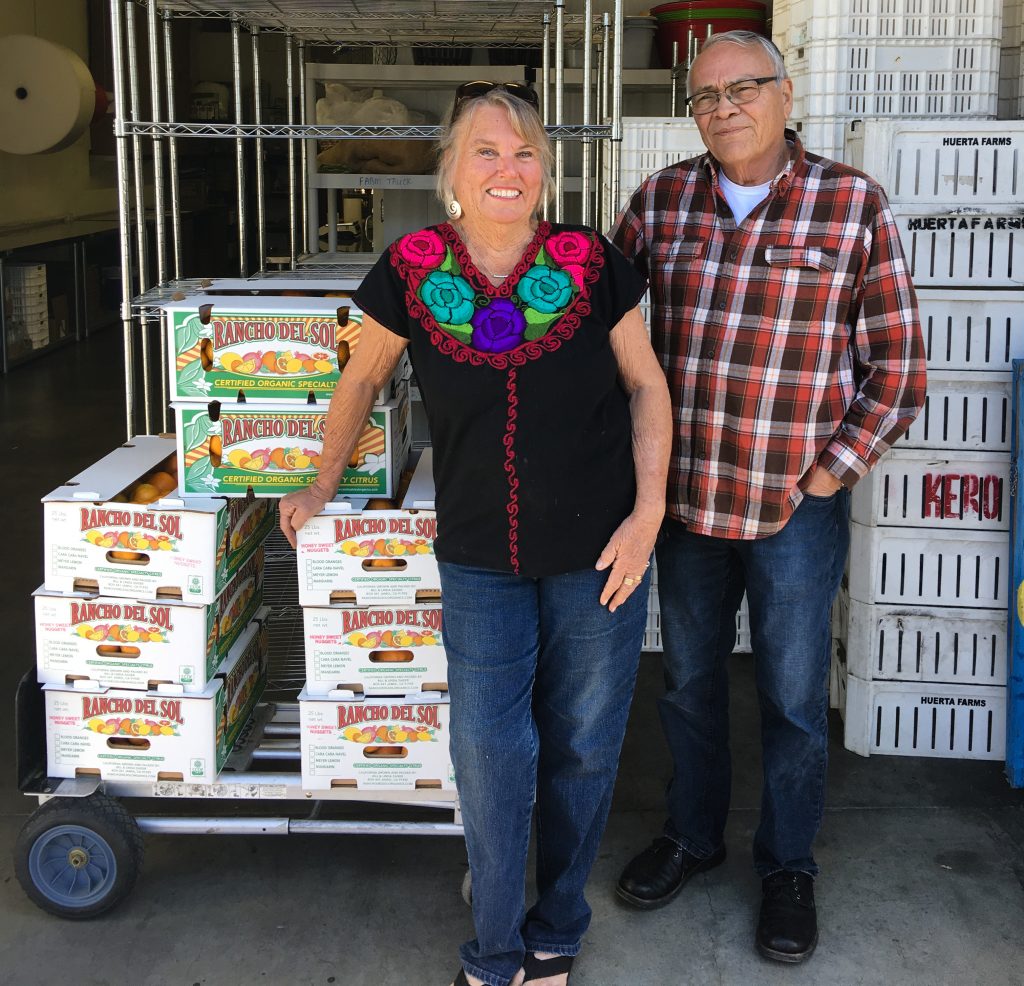 Linda Zaiser of Rancho Del Sol and Rafael Garcia of Daily Harvest Express (no, not Rafita). As mentioned, “Rafael” is a very common name in Mexico, so nicknames come in handy!

Linda enjoys explaining what’s so special about her citrus. “People always ask me, ‘How come your citrus tastes so much better?’ I tell them it’s because of how healthy our trees are, and they’re healthier because of how we feed and water them.”

Rather than using synthetic or chemical fertilizers typical of conventional citrus farms, Rancho Del Sol’s citrus trees have gotten a diet consisting of combinations of worm castings, composted chicken manure, and local certified organic mulch for decades. This means the soil is both nutrient-rich (including trace nutrients) and teeming with beneficial microbes that help feed the trees while also protecting them from pathogens. Also, rather than using chlorinated city water, the trees are irrigated with well water. The result is citrus whose flavor is deeper, more complex, and more nuanced than its peers. 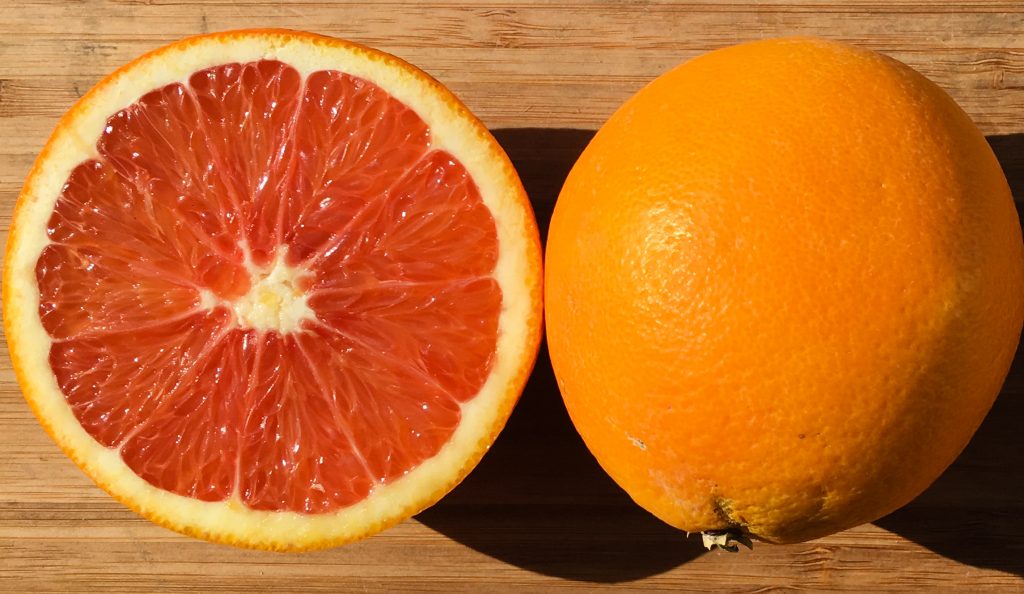 Another benefit of having healthy trees and a robust soil ecosystem is that Linda doesn’t have to use pesticides. That translates into less work, less cost, and a safer working and living environment for Linda and her family, who live on the farm.

So how did a first generation farmer and grandmother end up here? Very slowly.

In the late 1970s, Linda and her husband Bill lived in a beachfront community with their two children. Bill was a builder, who designed and built dozens of unique beachfront homes.

Despite their proximite location, their children weren’t fond of the beach. Their son Jeff loved riding motorcycles in the country. Their daughter Sereana loved horseback riding. As development opportunities dwindled due to decreasing availability of undeveloped beachfront property, Bill began spending nearly every weekend over the next three years looking for a place in the country to relocate the family. (Before the internet, this was a much more difficult task!)

One day, Bill announced to the family that he’d found the perfect spot for their new homestead in Jamul. The only problem: there was no road, water, electricity, or phone line on the property.

“We all used to enjoy going camping in rural areas of Mexico, so we figured it wouldn’t be that much of a challenge,” Linda reflects, chuckling.

Upon arrival, they installed photovoltaic panels and generators while living in a trailer. Once a week, they’d drive drums of water and other supplies to the property. Out of a desire to be more self-sufficient, they decided to put in some edible plants, starting with a Meyer lemon tree and a few vegetables, irrigating them by hand with buckets of water.

One citrus tree became three which then became ten, and the trend continued year after year. By the early 1980s, what had started off as a homestead with enough plants to provide fresh citrus for their family, became Rancho Del Sol, one of a small number of certified organic citrus farms in the country. (At that time, there was no federal standardization or even a National Organic Program (NOP), only state-by-state organic regulations.)

Today, in addition to the more common varieties like blood oranges and tangerines, there is a dazzling diversity of rare and unusual citrus varieties growing on the farm: makrut limes, limequats, seedless Kishus, Yuzu, Buddha’s hands, and dozens more. 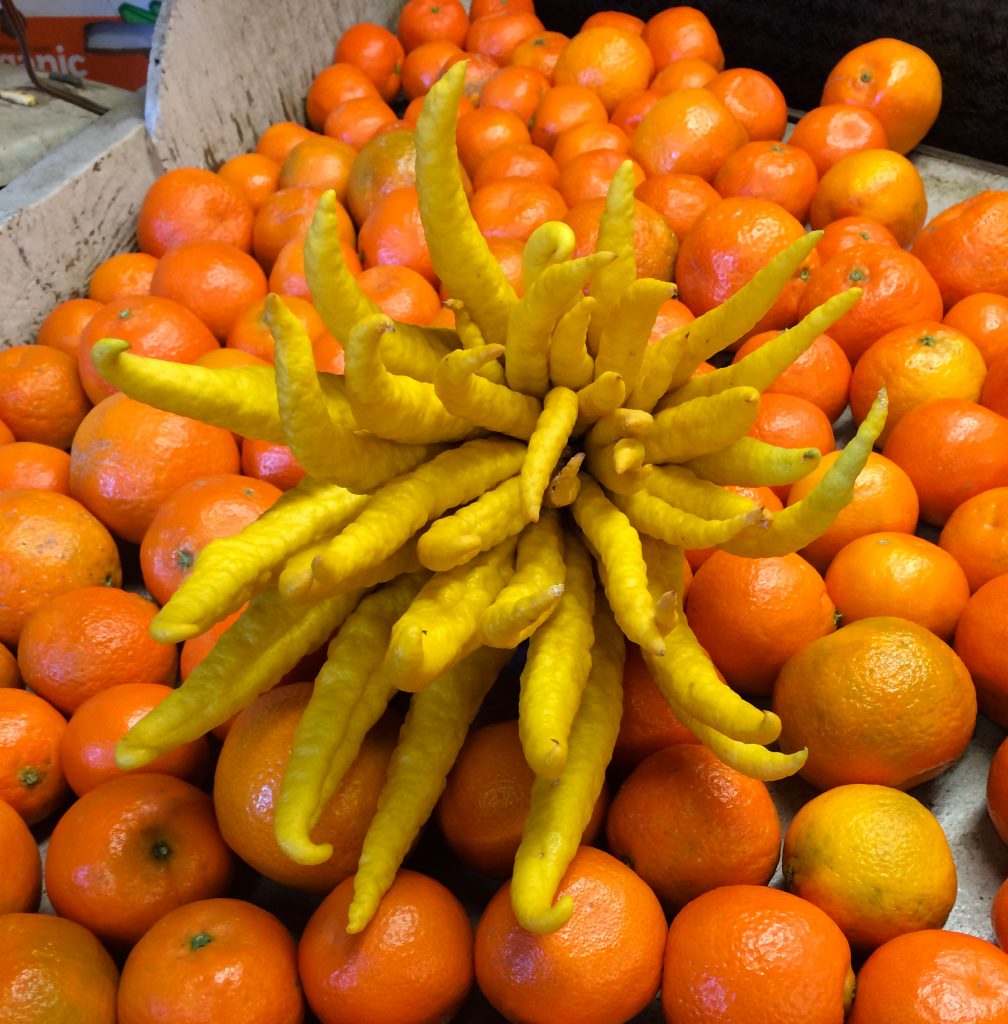 One of these things is not like the others! A Buddhas hand citron, revered for its zest and candy potential, it also might be the most aromatic citrus in the world.

The journey has not been void of daunting challenges and heartbreaks, to say the least. Last year, Bill, Linda’s partner in life and in business, passed away. Their children and grandchildren didn’t have the desire or experience to step into his shoes, so Linda took over all of his responsibilities in addition to her own. 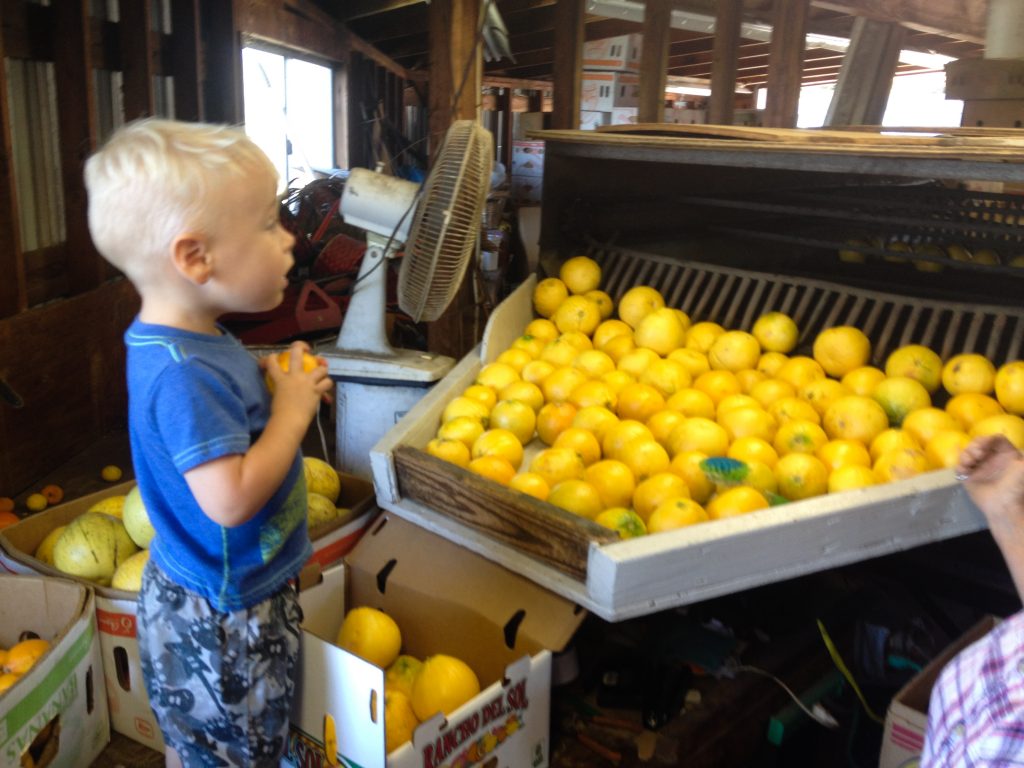 Linda’s grandson is almost as excited about her citrus as we are.

Thankfully, despite not having rain for six months, she and Rafita don’t have to haul buckets of water to irrigate the trees, as she did in the early days on the farm. However, due to ever-lower water tables in California, only two of 13 wells work, which means it takes a month to irrigate the entire property – assuming coyotes don’t chew through the hoses and ants don’t clog up the lines.

What does the future hold for Rancho Del Sol? Linda doesn’t know for certain. Most nights, once she finishes an exhausting day of work, she sips a cocktail and enjoys the incredible views of the Pacific Ocean in the distance and the lights of San Diego glimmering on the horizon–a view that calls up a lifetime of memories spent turning a desolate landscape into an organic oasis. She doesn’t feel like she has the time or headspace to plan for the future. “I’m too busy,” she says. 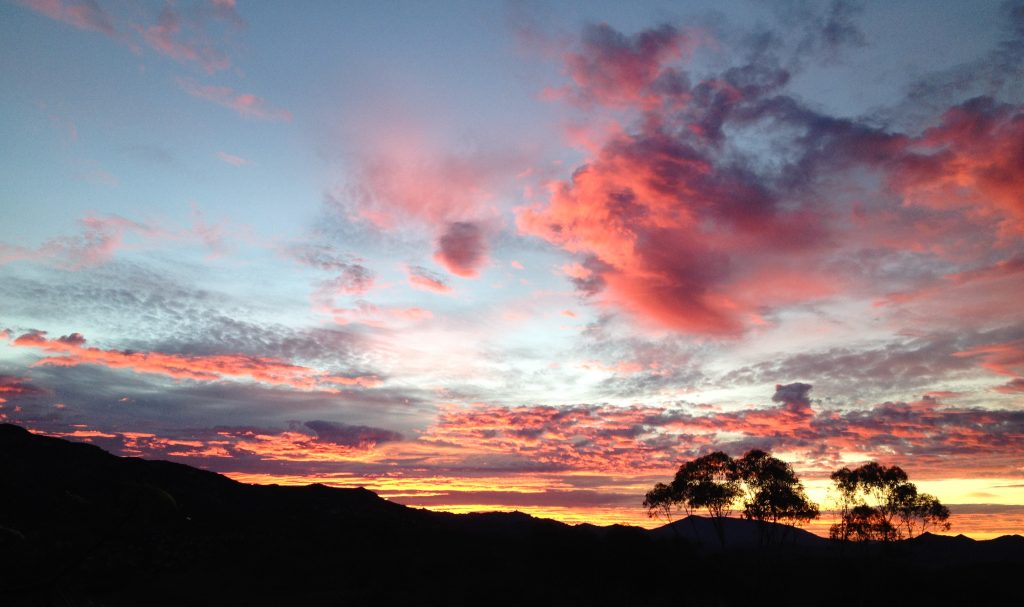 Linda might be too busy to think about what comes next, but that hasn’t stopped her from starting a new crop: certified organic cherries, something incredibly rare in this area of the country. The first small harvest, about 10 pounds in total, was quickly sold at a local market, but she made sure to leave some aside for her youngest grandchildren who “had red smiles” for a day afterwards.

Rancho Del Sol and Linda Zaiser’s rare and delicious citrus has brought smiles to the faces of countless people throughout San Diego and the United States for decades. It’s our hope that a community of people who value and support local farmers like Linda can enable Rancho Del Sol to continue to provide us all with their one-of-a-kind organic citrus for generations to come.

Thank you for your many years of hard work and earth stewardship, Linda! 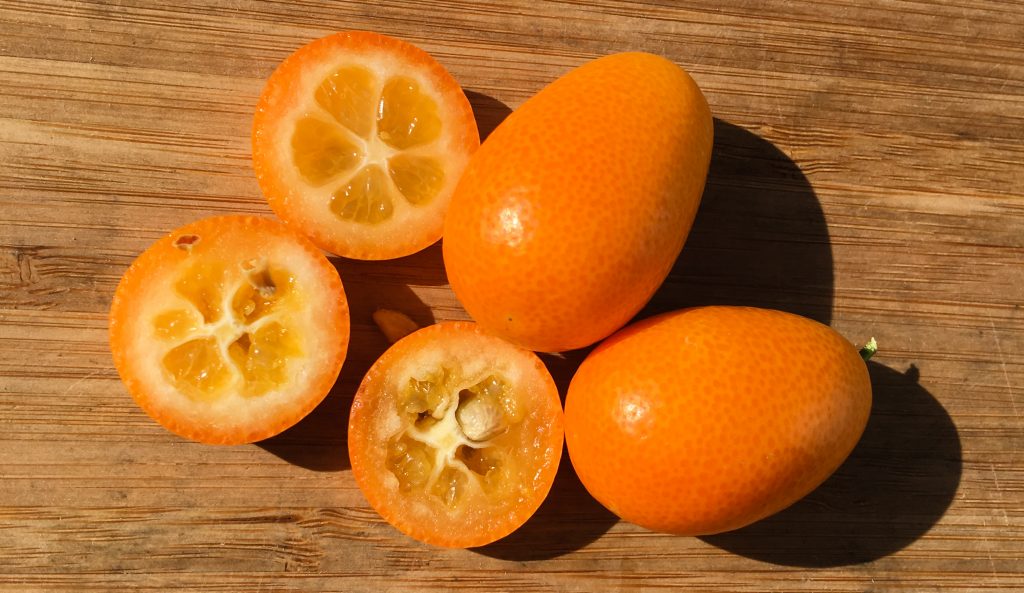 Mmm, kumquats! Best eaten whole, skin and all. One of countless delicious citrus varieties Linda has provided her customers over the years.