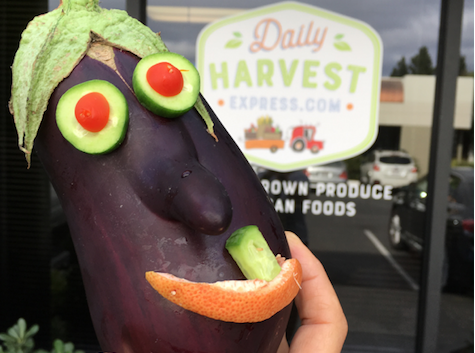 5 ways to eat eggplants, from breakfast to dinner to dessert

Don’t think you like eggplants? Think again! Here are 5 ways to eat eggplants — from sweet to savory, from breakfast to dinner, you’ll learn to appreciate the culinary value of these ancient Asian fruits.

After many generations of intentional breeding in villages throughout the region, the plants were made thornless, the fruit larger, the skin colors more varied — from white to black/purple, to speckled. 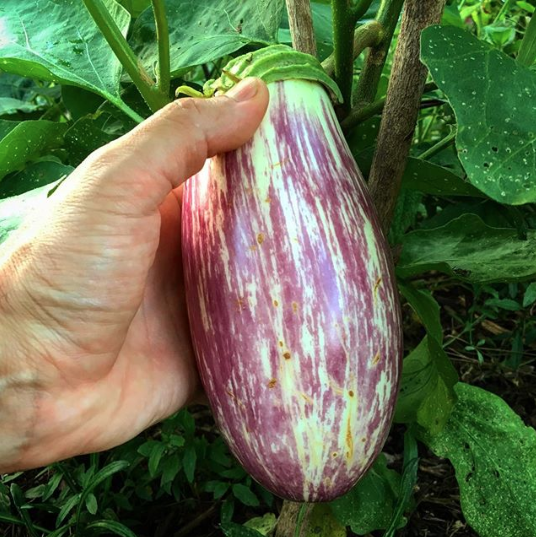 Thus the modern eggplant Solanum melongena was born, having been made genetically distinct from its wild relative, Solanum incanum.

The value of the fruit was not in fresh eating, since it was bitter and unpalatable when eaten raw. Rather the dry, spongy texture of the fruit was ideal for absorbing sauces, oils, and other flavors when cooked.

Cooking also broke down the bitter-flavored compounds in the fruit, rendering them more mellow, with notes of savory umami and hints of sweet.

The first written record of eggplants used as a food crop was in the Chinese text, Qimin Yaoshu, a guide to food and farming that could also be considered the oldest “cookbook” in the world, since it was penned 1,500 years ago.

Why the name eggplants?

From Asia, eggplants soon spread to Africa, the Middle East, and later to Europe. Even though eggplants didn’t arrive in England until the 16th Century, that’s where their common modern name was coined. 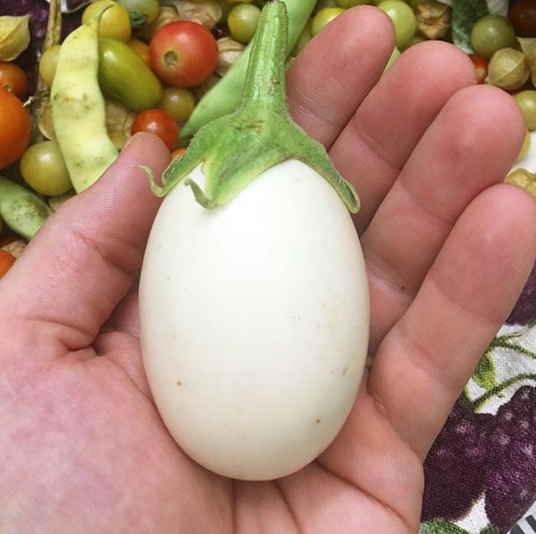 Japanese white eggplants – these are likely very similar in appearance to the eggplant varieties that were first imported into England. It’s easy to see how and why “eggplants” earned their name.

Why are they called eggplants? After all, most of the modern varieties are giant, pear-shaped fruits with purple skin. However, at the time, many of the popular varieties were the size and shape of eggs with white skin (home gardeners and some farmers still grow egg-like varieties of eggplants today).

Cooking with eggplants: one tip

Now that you know a little more about where eggplants come from, you might have a little more appreciation for these ancient fruits. (Yes, botanically eggplants are a berry/fruit, not an actual vegetable.) 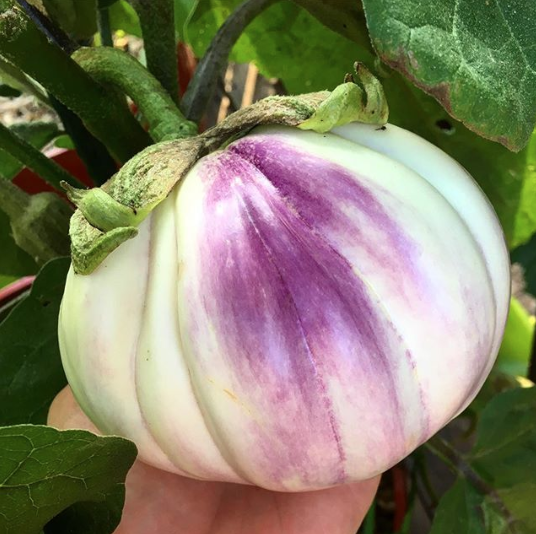 But you still might not have any idea what to do with eggplants in the kitchen.

You might be surprised to know that eggplants are an incredibly versatile ingredient that can be used in cakes, breads, sauces, stews, and soups, while being incorporated into virtually any regional cuisine imaginable — from Asian to African to Italian to fusion.

Before jumping into five ways to eat eggplants, one cooking tip: for many savory eggplant dishes (grilled eggplants, fried eggplant, eggplant parmesan, etc.) eggplants benefit from being sliced and salted BEFORE cooking, a process called “sweating.”

Let your slices of salted eggplant rest in a bowl for about 30-45 minutes, then rinse and blot the slices dry before cooking. This process not only draws water out of the fruit, it allows for more flavor to enter the eggplants when you cook them, while also ensuring that you don’t end up with soggy, mushy eggplants when you grill or bake them. 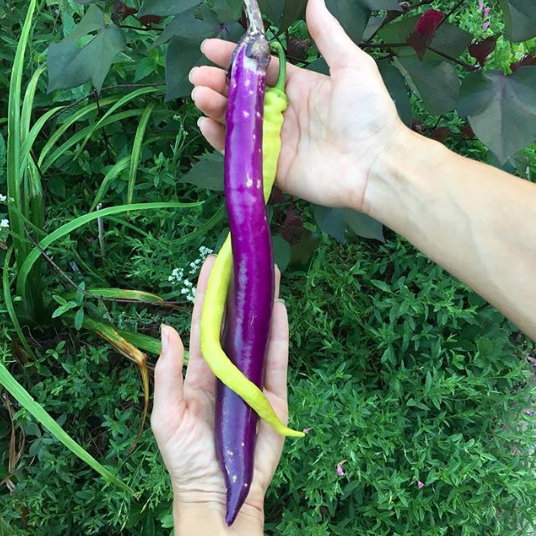 Eggplants come in all different shapes, sizes, and colors. Here’ s a Corbaci pepper and a Japanese Pickling eggplant, which seem destined for each other.

5 ways to eat eggplants, from savory to sweet

Whether you want sweet or savory, or an eggplant recipe right for breakfast, lunch or dinner, you can find ways to eat eggplants below that are sure to tantalize your taste buds. 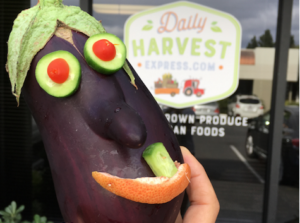 Ivonne at Daily Harvest clearly never listened to her parents when they said, “don’t play with your food.” This eggplant sure looks happy after reading these five recipes though!

When you get eggplants in your Daily Harvest Express FarmBox this week (courtesy of our friends at Sage Mountain Farm), give some of these recipes a shot and let us know what you think!

Thanks to our friends at Tyrant Farms for providing the heirloom eggplant photos for this article.

Get your Daily Harvest Express order placed right now (or no later than Sunday evening at 5 pm) so you can enjoy another week of fresh, healthy organic food from local farmers!